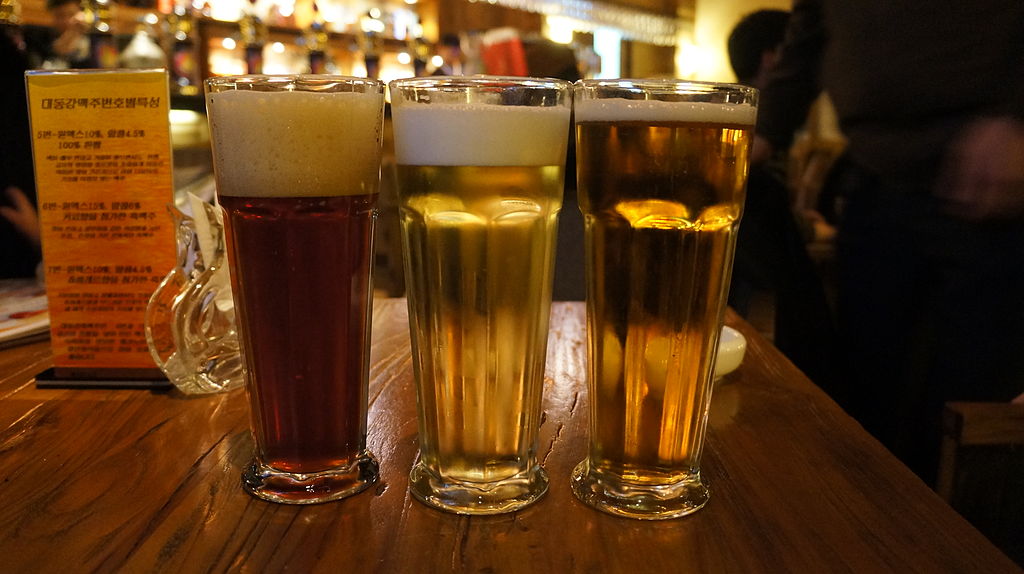 Although beer is brewed in almost every country, the basics of brewing beer are largely shared across a variety of national & cultural boundaries. Top traditional beer brewing regions within Europe include countries like England, Belgium, Germany, Netherlands & the Czech Republic. Prior to the introduction of hops in the 15th century, terms like “Ale” & “Beer” were applied exclusively to un-hopped fermented beverages which gradually shifted to describing the brew infused with hops.

Commonly produced with fermenting yeast called Saccharomyces Cerevisiae, which typically clumps & rises to surface at temperatures between 15 to 24 degrees Celsius, this yeast produces significant amounts of esters & other secondary flavors alongside. The resultant beer is slightly fruity, most often aromatically resembling pear, apple, banana, pineapple, plum or prune to taste.

Campaign for Real Ale (CAMRA) in 1973 coined the term “Real Ale” for beer brewed using traditional ingredients. This is subsequently matured through secondary fermentation in traditional containers from where it is dispensed. Served without using extraneous carbon-dioxide, this is extensively applied to cask-conditioned & bottled beers.

Typically brewed using slow fermenting yeast with roasted malts or roasted barley, Stout & Porter beers are generally dark in appearance. Produced in a number of variations like Dry Stout, Baltic Porter & Imperial Stout, the history of Stout & Porter beers is largely intertwined. Term “Porter” was originally used in 1721 to a dark brown beer which was popular in streets & river ports of London, & which later came to be known as Stout, even though “Stout” was first used as early as 1677.

Pale Ale is used to describe beer using top-fermenting yeast like Saccharomyces Cerevisiae alongside pale malt. It is one of the favorite & global major beer styles as of now.

Pale Lagers are one of the most commonly consumed beers across the world. Lager is an English name given to cool fermenting beers generally of central European origin. Saccharomyces Pastorianus Lager yeast is cool bottom-fermenting yeast undergoing primary fermentation at 7-12 degrees Celsius. The other long secondary fermentation process occurs between 0-4 degrees Celsius & which is known as the Lager phase. During this extensive secondary stage, the Lager usually clears & mellows. The cold conditions inhibit natural production of esters & other byproducts eventually delivering a clean-tasting beer. Improved modern yeast strains now used by most of the Lager breweries use short periods of cold storage typically lasting 1-3 weeks.

Displaying a predominantly malty palate, Mild Ale usually is dark in color. Generally featuring 3% to 3.6% alcohol by volume, there also are a number of lighter-hued Milds as well. Some stronger examples of Mild Ale reach 6% alcohol by volume & even higher.

Naturally fermented using wild yeasts instead of cultivated varieties, Lambic Beer is a product of Belgium. Wild yeast varieties commonly used in production of Lambic beverages include Brettanomyces Bruxellensis & Brettanomyces Lambicus. Other bacteria known as the Lactobacillus is also used to produce Lambic Beer, but this contributes to producing acids eventually adding extra sourness of the product.

Lighter Side of Beer

No matter how much you love beer, many disapprove the foam on top of beer glass which makes drinking difficult. Foam is, however, a very important part of beer formed by complex carbon-dioxide reactions & says a lot about the quality of beer. Several Stout beers & Guinness, in particular, are characterized by glorious foamy heads. The lack of a foamy head suggests that your beer is probably flat & bland to taste.

Cognac is One of the Finest of All Spirits